Over two decades on the marketplace has provided Florida-based seller Patty Whitlock with a fulfilling career and a broad network of friends, along with a success that she shares with others less fortunate.

Editor’s note: In celebration of eBay’s 25th anniversary, we’re spotlighting a seller every week from our global community in our Mini Stories column.

Seller Patty Whitlock sees eBay as more than just a marketplace: for over two decades, it’s been where she’s found entrepreneurial success, personal connections and the flexibility to stay home with her two children while still working. As a result of her own empowerment, she gives back to others through charity events and by sharing her positive experiences on the platform. “I mean, I'll talk to anybody about buying or selling on eBay,” she said, with a broad smile.

In 1999, Patty joined eBay while working as a respiratory therapist in the neonatal intensive care unit at Nicklaus Children's Hospital in Miami. “I sold everything and anything on eBay,” she said, tapping into her extended network of friends and hospital colleagues to source items. “I have a lot of doctor friends who go to a lot of fundraisers and events, and only wear the dresses once, so they would give them to me to resell on the platform,” she said.

Though she found her full-time job challenging and rewarding, it was also emotionally taxing. The birth of her second child finally prompted her to make a change. “I told my husband, listen, if I can make the same amount of money that I'm making as a respiratory therapist by staying home and selling on eBay, do you mind if I change careers?” she said. Within four weeks, her eBay business, theshoppingmom2, was matching her hospital earnings. “So I said, I'm quitting.’ And I've never looked back.”

From that moment on, she determined her own schedule and working hours, which was key to her dream of being physically present for her children — Matt and Nick— and having total flexibility in her work day. “I love being my own boss,” Patty said. “Both of the boys knew that I could always be there for them because I didn't have a nine-to-five job,” which was even more important since her husband worked 12-hour days driving for UPS. 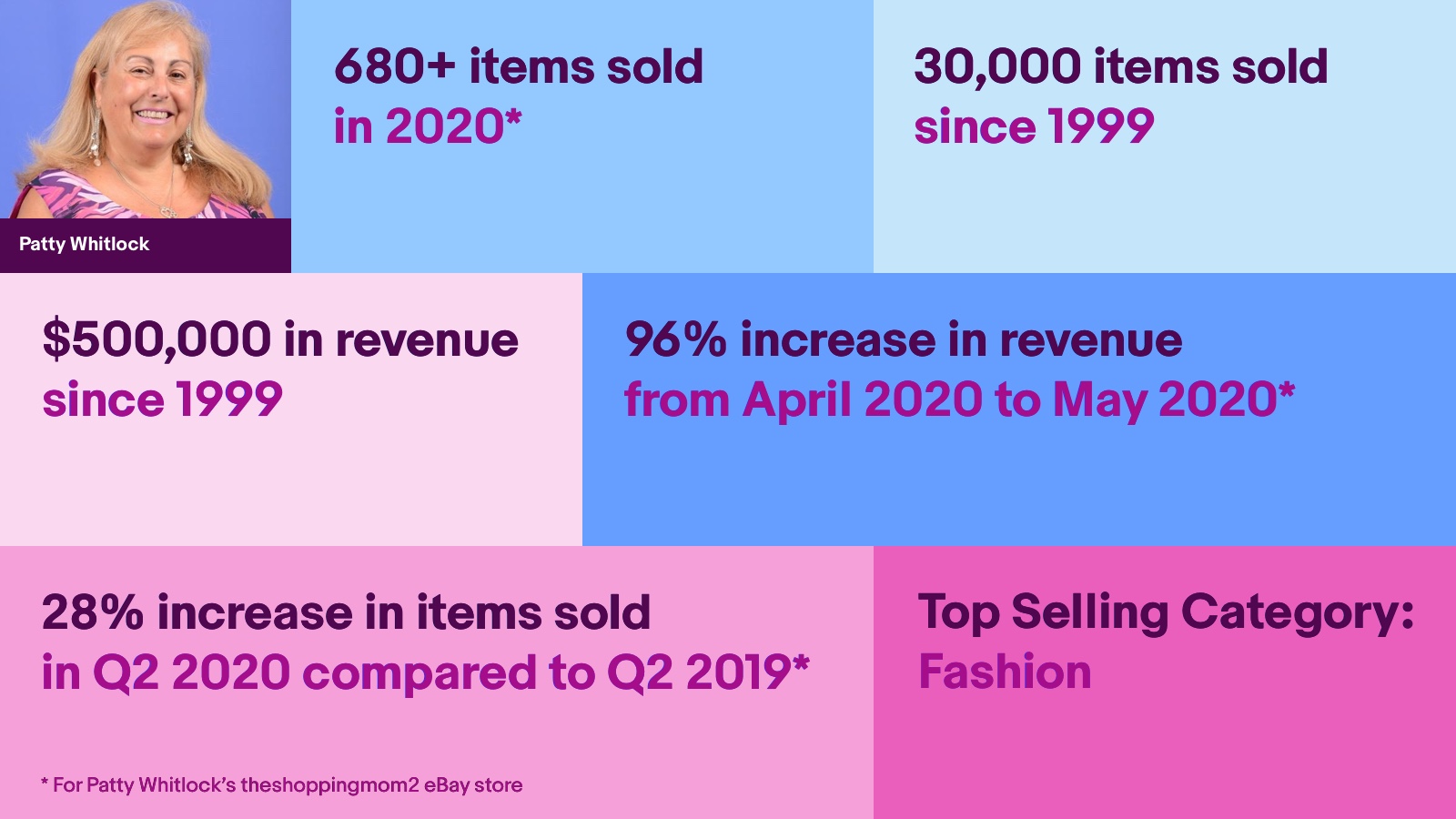 Her ability to work from anywhere, at any time, also came in handy whenever the family went on vacation. “I would sit with my laptop listing all kinds of things, answering emails and stuff like that while my kids were going down the water slides,” Patty said.

Patty took the same adaptable approach to the way she found items for her eBay store, integrating her family and her home life into her store life. On weekdays, she took her sons with her on scouting trips, yard sales and bargain hunts, pushing their strollers through racks of clothing and shelves of goods. As they got older, Patty passed along her spirit of entrepreneurship to them, teaching them to manage their own shops on the site to make extra pocket money by selling old games and toys.

“They’d ask for a new Nintendo game, and I’d tell them to sell their stuff on eBay to make the money for the new game,” she said. “I’d supervise them on everything, from picture taking to shipping and everything. That’s how they learned to run a business.” Patty also helped and encouraged other family members to join the site, including her older brother — and even her 85-year-old father. “I even set up his eBay account for him,” she said.

She also sourced within her own home. “My husband would say, ‘Can we get rid of this?’ And I'm like, ‘Okay, hold on a second. Let me go ahead and research it [on eBay],’” Patty said, laughing. “I always, always, always research things that I don't know about then put them in auction.” As a buyer herself, she knows the value of finding treasures with great personal meaning.  Case in point: a beloved vintage cloth doll called Yo-Yo that she’d lost as a child. “Everybody in my family had been looking for it over the years. Then I found it on eBay!” she said, clearly still delighted at that find. 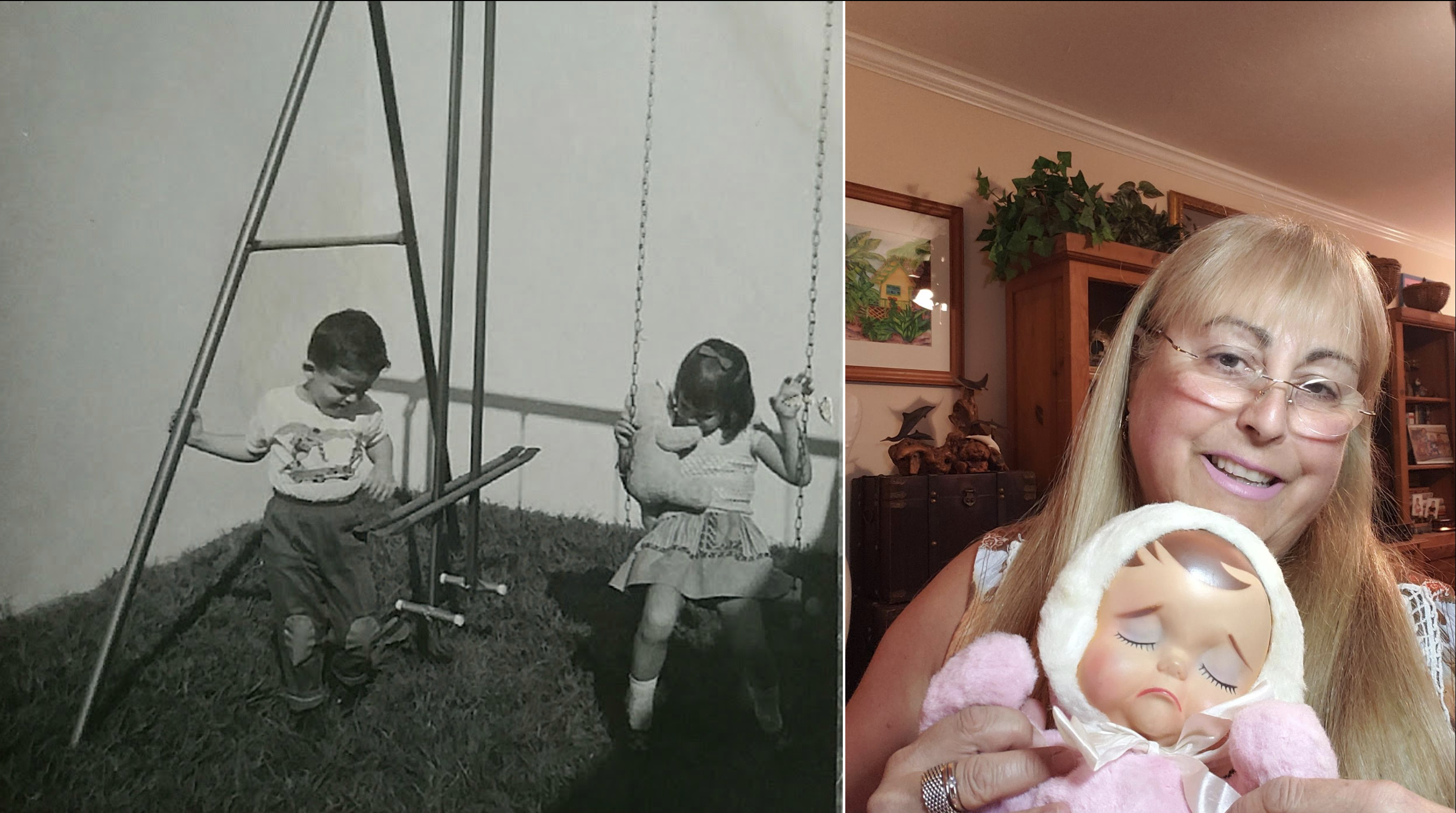 Patty and her brother as children with her yo-yo doll that she discovered on eBay after 30 years of searching.

The eBay listing with the doll.

A warm, gregarious person by nature, Patty finds joy in those moments of connection through the marketplace. “You can have a conversation with your buyer, go back and forth,” she said. “I really like that.” She remembered a particular favorite example: a woman looking for a vessel in which to store her daughter’s ashes, who had just passed away from breast cancer. “And the vessel reminded her of the pink of the breast cancer ribbon,” Patty said. “That touched my heart like there was no tomorrow.”

Her two decades of selling on eBay have also led to lifelong friendships in the eBay community.  After her husband kept teasing her that she couldn’t talk about anything else but her eBay store, or as she called it, “her baby,” she created a Facebook group called, “eBay, eBay and nothing but eBay,” that has grown to over 3,000 members, all of whom trade tips, ideas and stories about selling on the marketplace. Out of that group, Patty said she socializes with over 100 of them on a regular basis.

When Patty has faced challenges in her personal life, Patty said the eBay community has rallied behind her throughout the years. In 2001, Patty was experiencing her own medical issues and wasn’t able to afford an electric guitar that her son wanted for the holidays. She posted on the eBay community boards about her predicament, and a fellow eBay buyer kindly offered her a free Gibson electric guitar set — complete with the instrument, case, music books and picks — to gift her youngest son. “I replied to her with tears in my eyes,” Patty said. “I never got charged a dime for any of it, and it arrived right before Christmas.”

She also experienced a similar kindness after Hurricane Wilma hit Florida in 2005 when another eBay shopper heard about the extensive damage her home had suffered and sent her a care package of tools and essentials to help her family get back on their feet.

Patty's son with the gifted guitar from an eBay buyer. 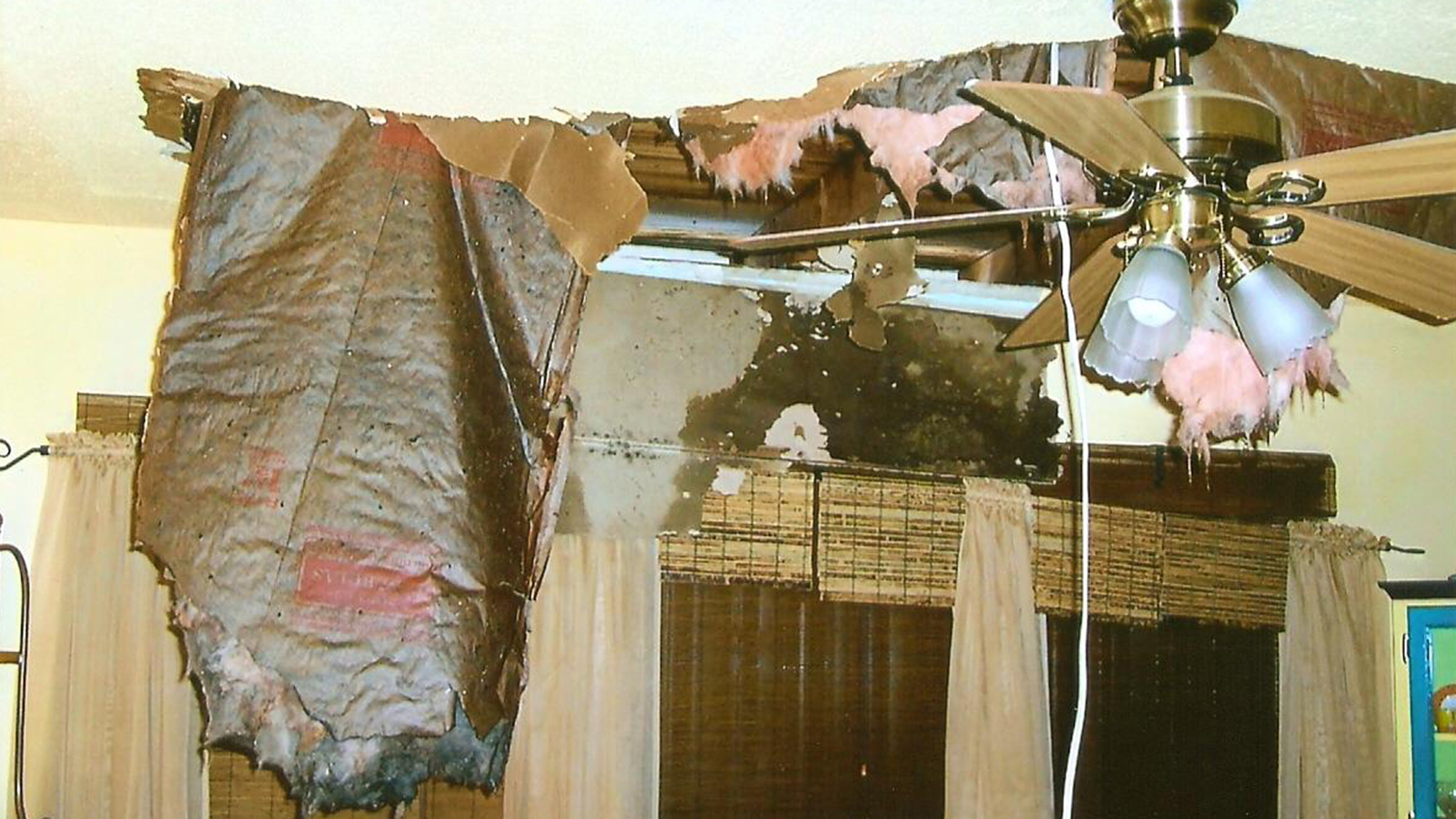 Those generous actions from others in the eBay community over the years have resonated with Patty.  She always looks for opportunities to help fellow eBay users succeed, whether it be offering free eBay seller advice to new entrepreneurs or recruiting celebrities like tennis star Andy Roddick to open an account for his foundation on eBay for Charity. “When you have such a caring community, you need to pass it forward,” she said.

She also looks for more ways to get involved with her Fort Lauderdale, Florida, community like the Children Big Club. The charity is a tight-knit community that hosts store fundraisers, donating 100% of their listing profits to mothers and families who need assistance. “We help out people that have fallen through the cracks, we donate all the proceeds, we help pay their mortgage for a month, things like that,” she said.

After a successful two decades on the marketplace, Patty shares her wise and well-earned advice to newer sellers. “When you put the work in anything — especially eBay — you will get back what you put into it,” says Patty. “As long as you do that and keep a positive attitude, eBay will work for you.”

Empowering entrepreneurship and creating economic opportunity for all has been our philosophy at eBay since we were founded 25 years ago. Our marketplace has been enriched by the hundreds of thousands of independent small businesses and entrepreneurs worldwide. We win when they do. Learn more about how we partner with our sellers.

How eBay is Building Seamless and Efficient Listing Experiences for Sellers

Charting the Space Program Through Postmarks and Stamps