Editor’s note: In celebration of eBay’s 25th anniversary, we’re spotlighting a seller every week from our global community in our Mini Stories column through 2020.

For as long as he can remember, Gwang Chae Koh had always aspired to become the CEO of his own company. But with second-degree congenital hearing loss, Gwang Chae knew that he would face extraordinary challenges in navigating the job market. “eBay became the channel that helped me achieve my dream as a CEO and enabled me to surmount the obstacles for those with hearing impairments,” he said of his successful store, Witlife.

Then Gwang Chae discovered eBay Korea’s “My Left Foot” program the summer of 2005. The three-week specialized training program caters to people with hearing impairments and empowers hopeful entrepreneurs to start their own online businesses. During the training, Gwang Chae became fascinated by the techniques and advice offered by eBay staff on navigating ecommerce for sellers with hearing impairments. For example, since sellers who have hearing loss can’t provide telephone consultation to customers, students learned instead how to communicate with buyers through text and email, and also received technical training on ways to secure sales channels.

The program ultimately propelled Gwang Chae to launch his store Witlife and make his dream a reality. “eBay became the invaluable channel that helped me to achieve my goal of becoming a CEO and to overcome the obstacles and prejudices that the hearing-impaired community faces on a daily basis,” he said. “Without the training, I would have limited myself and would not have dared to run a business.”

After conducting his own market research and months of trial and error, Gwang Chae eventually discovered a customer need for household and outdoor goods, based on a suggestion from his father that he start by selling lunch boxes. After those immediately took off in sales, Gwang Chae expanded his offerings to other kitchen and dining items. Completely dedicated to his business, he would pack orders as soon as he received them, even as late as midnight, so they could be sent out first thing the next morning.

This commitment to service helped his business flourish, and Gwang Chae added outdoor kitchen cookware and other camping items to his store — which turned out to help most recently during the global pandemic. “Due to COVID-19, camping has become a popular activity since it is still enjoyable while allowing people to keep distance from one another,” he said. “Carrying camping supplies, which are carefully selected based on my personal knowledge and experiences camping, have contributed to the increase of sales.” 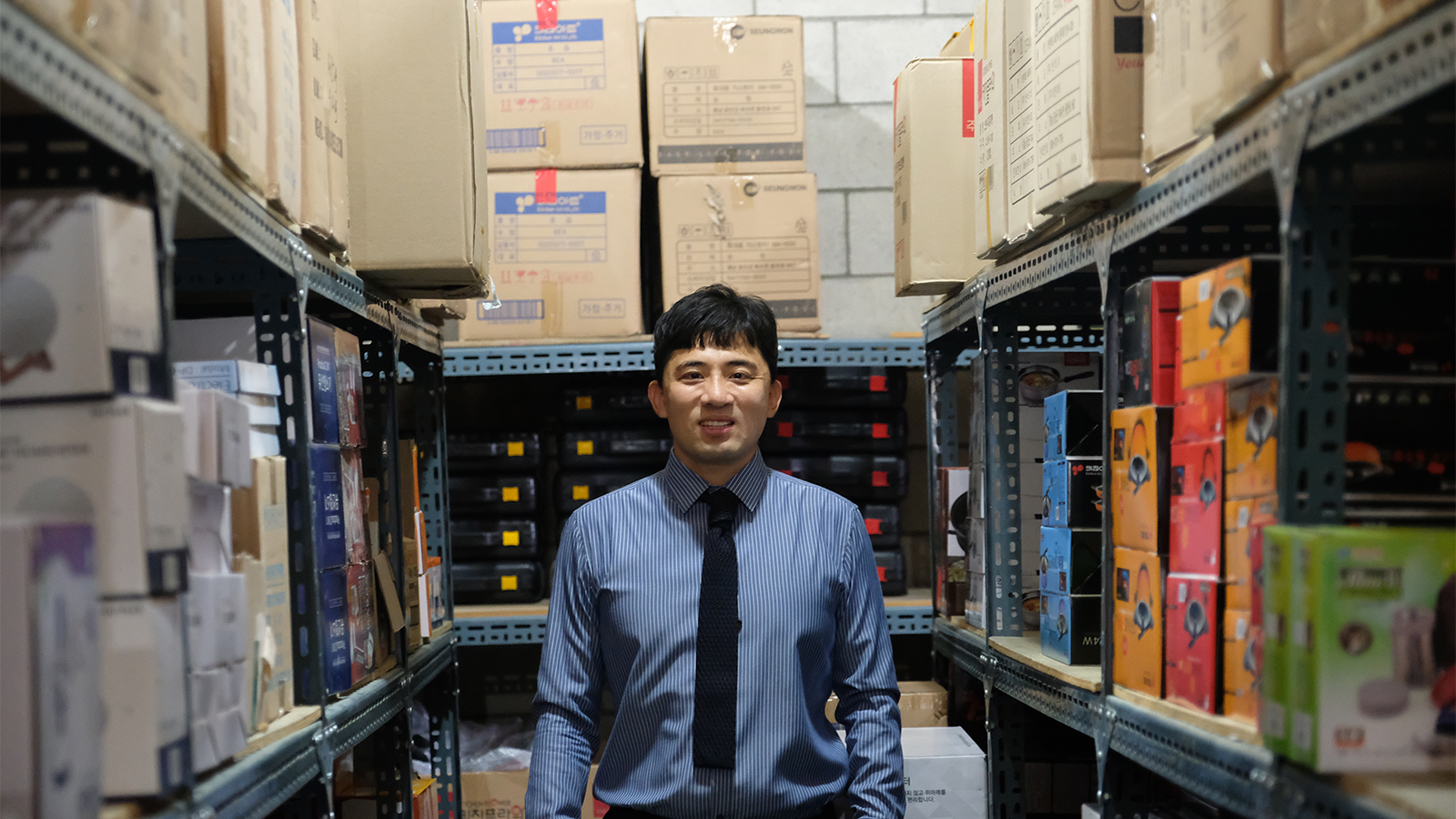 Gwang Chae in his warehouse

For Gwang Chae, customer experience sits at the center of his business. His favorite story while selling on the platform was the sale of his first thermal lunchbox and the reaction he received from that buyer. “I had never felt so excited and thrilled!” he recalled. Gwang Chae asked the courier several times to deliver the item with special care and went the extra mile to text his customer personally with a note that read: “Thank you so much for the order. Because I am hearing impaired, please leave me a text if you find any services unsatisfactory, such as product defects, delay in delivery, or any other issues.”

The customer replied that it was their first time they’d ever received a personalized message from a seller, adding that they would recommend his products to others. “I was so pleased by their response because it dispelled any doubts that I had had in myself. It was also encouraging to see that I could make others happy through my business,” he said.

Gwang Chae invests just as much time in his employees as he does his customers. As the business grew exponentially over the first few years, Gwang Chae hired several employees to help manage the day-to-day responsibilities of running a successful online business. A big proponent of workplace accessibility, Gwang Chae hired employees with hearing disabilities to oversee product packaging and inventory management, and also hired employees without a disability to meet the growing demand for customer service over the phone.

As a disability rights advocate, Gwang Chae invests his spare time in giving back to others who have hearing impairments as a mentor and lecturer. Gwang Chae now regularly partners with eBay Korea to share his experiences and lessons learned with aspiring entrepreneurs at various speaking engagements throughout the year. In 2016, for example, Gwang Chae was invited to speak at eBay Korea’s “Together Project,” an initiative aimed to kick start online selling for people with spinal cord injuries and hearing disabilities. As part of the project, eBay Korea held their second online training program for people with hearing impairments to onboard an additional 80 sellers with hearing disabilities onto the platform. 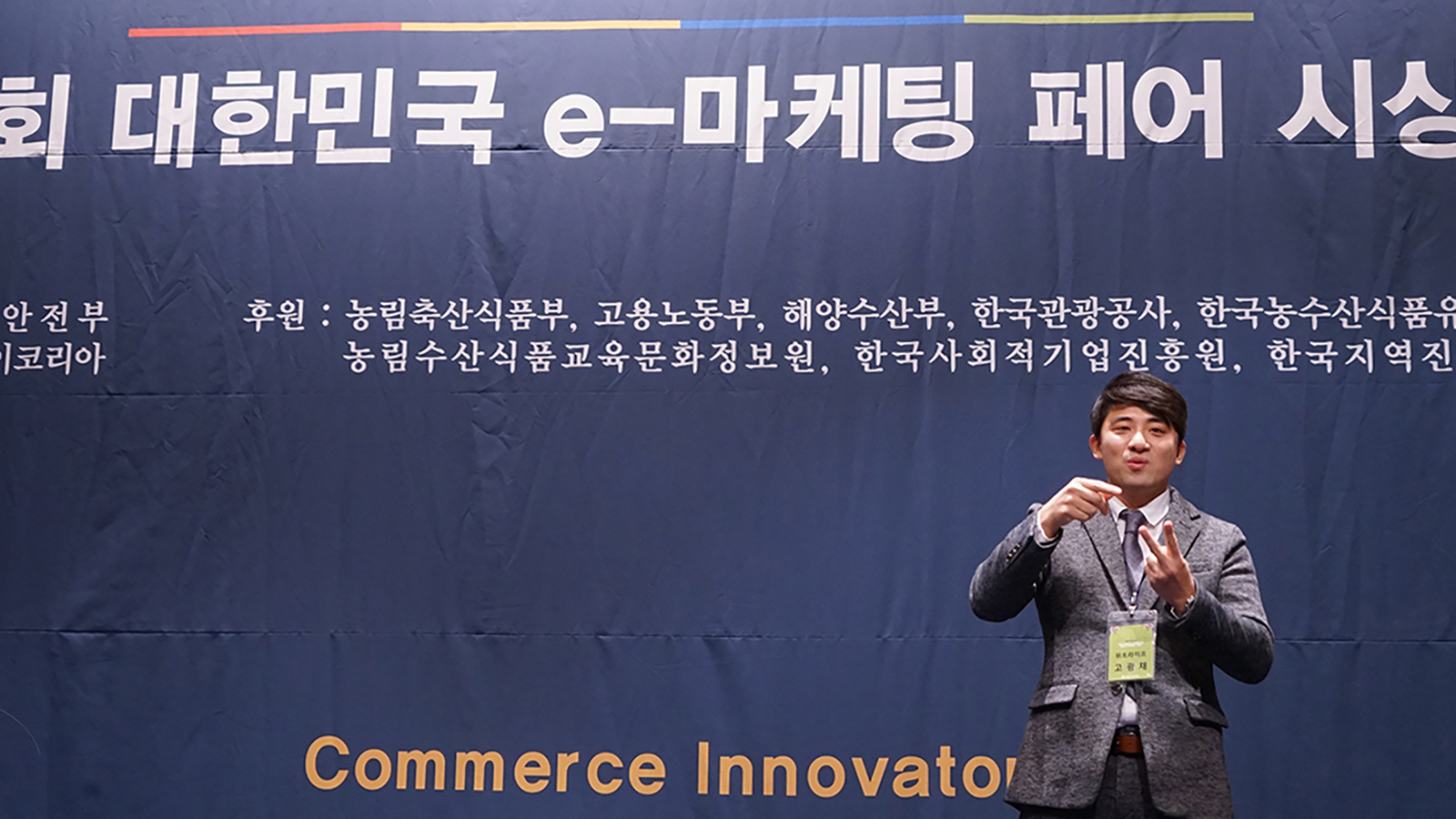 Indeed, Gwang Chae travels all over the world for both fun and work, bringing his observations home to help power his disability rights activism as well as to fuel his business. “Partnering with eBay has taught me that disability does not mean limitation,” he said. “My experience with eBay has been a guide in my life — and my connecting path to the world.”

Empowering entrepreneurship and creating economic opportunity for all has been our philosophy at eBay since we were founded 25 years ago. Our marketplace has been enriched by its hundreds of thousands of independent small businesses and entrepreneurs worldwide. We win when they do. Learn more about how we partner with our sellers.

The Small Business Owner Who Made Her Dreams a Reality