Today, eBay, one of the world’s largest destinations for sneakers, sports memorabilia and trading cards, is celebrating sports culture and the career of a basketball legend by revealing the ultimate shopping event. Fans can head to eBay.com/MJcollectibles to find a wide selection of iconic and beloved merchandise spanning the decades. Further, in recognition of the 35th anniversary of the Air Jordan 1 sneaker - the iconic shoe first worn by the Chicago Bulls superstar in 1985 - the marketplace is launching a series of weekly sneaker drops that include new, retro and coveted styles.

The Best of Air Jordan

Inspired by the release of ESPN’s The Last Dance docuseries, eBay is offering a new type of drop. Sneakerheads can expect four straight weeks of grails, including early releases and a second chance to cop some of the best signature Air Jordan styles of all-time.

Drops begin every Friday at 9am PT on eBay’s social channels. Through May 15, sneakerheads can nab their favorite Air Jordans while supplies last. Here are the dates:

Beyond the Sneaker Game

Beginning today, eBay is inviting fans to shop a series of events boasting a range of unique, signed and collectible Michael Jordan items, including inventory representing pivotal moments from the eighties and nineties that shaped today’s culture. There’s something for everyone, from fan merchandise and apparel to sports memorabilia and trading cards, and even Space Jam movie merchandise. Highlights include:

●      Luxury watches, such as a Rolex Daytona Platinum, and other art and toys

Iconic By the Numbers

Additionally, eBay is unveiling new data for fans everywhere, showcasing how the MJ effect has impacted merchandise trends off the court. From the most popular Air Jordans on the marketplace, to the most expensive trading cards and collector items ever purchased and watches associated with the basketball icon, check out the top Jordan-related trends below.1 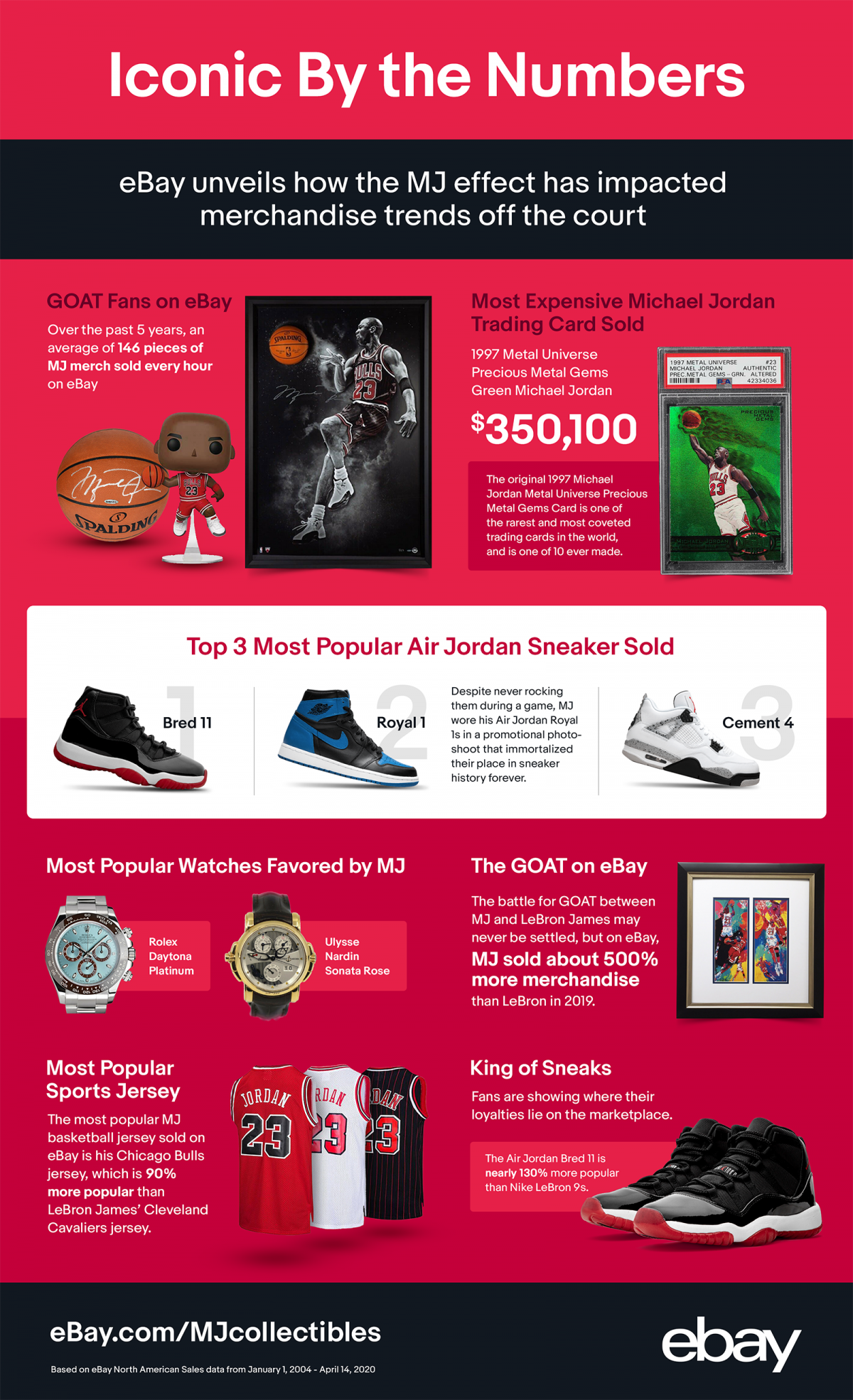 Head to www.eBay.com/MJcollectibles to check out the collection now.

Only on eBay: These Rare Memorabilia Show Serena Williams’s Dominance in Tennis